The Trial Garden was first planted in the mid 1990's near the little house that was on the property.  Volunteers planted a selection of vegetables that were new varieties to see how they would perform.  Initially the soil was great as it was beautiful black dirt that made up most Alberta farm land.  By 1997 we moved to a larger plot in the far east corner which was a mixture of terrible soil and rocks.  This area proved to be wonderful in the growing of canola, thistle, scentless chamomile and an assortment of other vigorous weeds.

Volunteers added mushroom compost every spring and continued to pick rocks and weeds while a mixture of sunflowers and vegetables did their best to provide a display of colour and produce.  Volunteers shared the produce with all extras going to the Food Bank.  Eventually we gave up on sunflowers as their seeds were sprouting everywhere and we could not keep them under control.  It was the hardiness of these giant sunflowers which gave us the inspiration to design our first and future Park logos.

Currently our Trial Garden is planted by volunteers who have earned space by working volunteer hours in the many Park gardens, the Gift Shop, the office and all other areas in any single year.  Trial gardeners must trial a minimum of three vegetable varieties.  Reports are submitted annually and kept for future planting information. 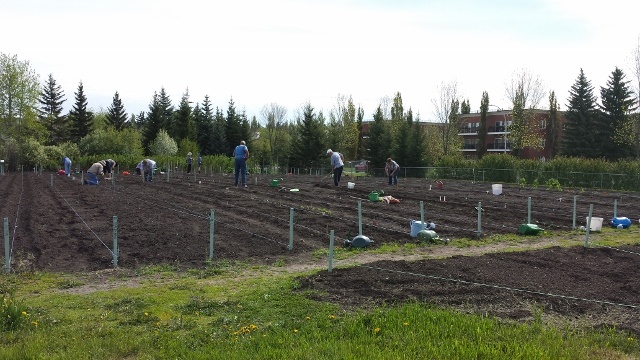 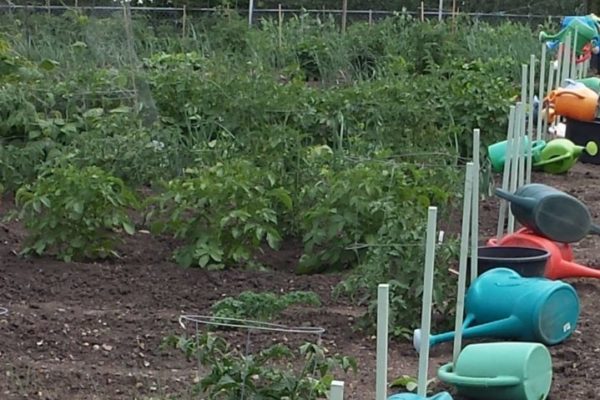