The Restful Garden was established in 1999 with a donation of a bench and perennials by the St. Albert Retired Teachers Association (STARTA). 1999 was the Year of the Older Person and this was the perfect spot to place our first bench.  For volunteers working out in the hot sun in the west arm of the Park, this location was a place to take a break in the shade while enroute to the east end of the Park where we stored our tools and equipment.  The area around the Restful Garden was the location of the Atkinson family home in 1919.  A birdhouse replicating their home was carefully constructed by John Beedle and St. Albert's Public Works crew.  It is mounted and on display in the exact location of the Atkinson home.

As older trees in the Restful Garden died and were removed, new areas have opened up and volunteers seized the opportunity to bring in more plants.  Although the area is still shady, a few sunbeams have made their way in between the trees which has allowed for plant material that can grow in semi shaded locations.  A small teepee was fashioned from dead branches and has been a popular spot for children.  Tyrannosaurus Rex footprints from a mold taken out of the bone beds near Wembley Alberta were added in 2020 and a couple more should be showing up in 2021.  As we walk west along the path, we have a ladybug built by John Beedle as well as some mushrooms that John added.  The children love all of these features and the Restful area is a nice place to stop while the young ones explore.

Removing tree stumps in the area would be difficult so the solution in the mind of one industrious volunteer was to hollow out areas and add plants.  The Park's Stump Gardens have proven to be very popular especially with visitors who had their own stumps at home to deal with.  In the 1800's Stumperies became very popular in Victorian gardens where stumps and logs were set out in varying designs similar to the way we now lay out a garden with rocks, driftwood and other rescued material.  In time our Stump Gardens will deteriorate as the roots of plants work their way through the wood but that could take years so we have lots of time to enjoy them before that happens. 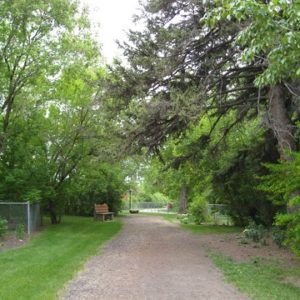 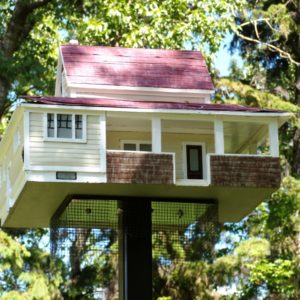 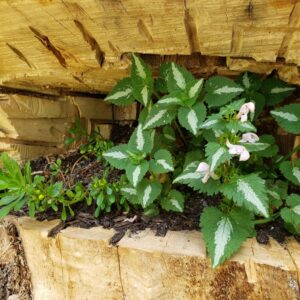 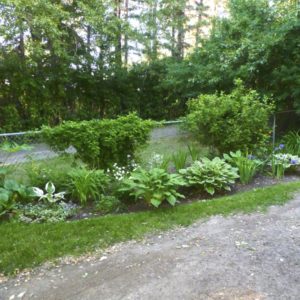 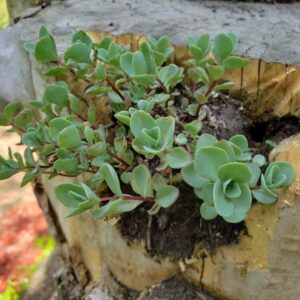 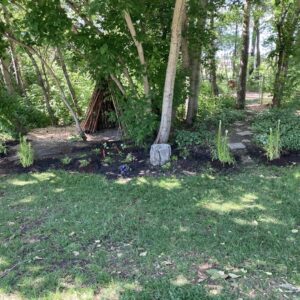 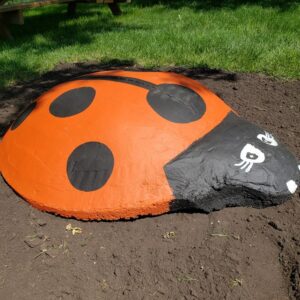 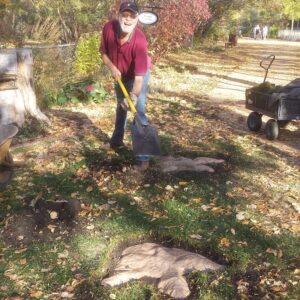