Our Stars of Summer 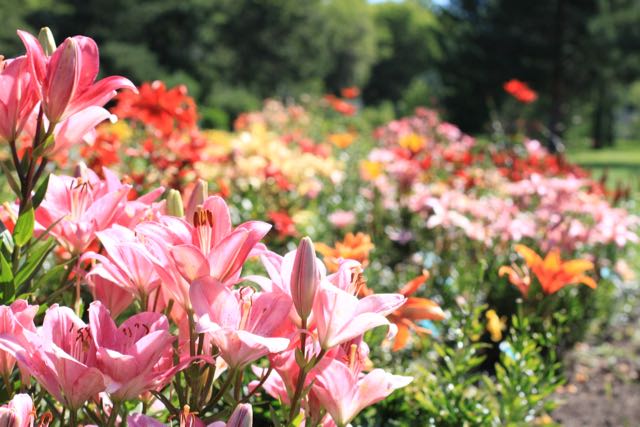 Usually starting near the end of June, continuing throughout July and into the beginning of August, our Asiatic Lily beds look like ribbons of dazzling colours, winding through the West Park. There are bold and brassy hues, others are soft pastels, some are spotted or speckled, and a few have brush marks.

The first two Asiatic Lily beds were developed and planted on October 16, 1994. One hundred bulbs were donated by the Alberta Regional Lily Society with other donations from Parkland Perennials and Park volunteers John Beedle and Patricia Bell. Two additional beds were developed in 2004 and 2007 with donations again from the Alberta Regional Lily Society and Parkland Perennials.  The four curved beds now house 203 varieties of Asiatics, all marked with their registered name. The majority of Asiatic Lilies have blossoms that are up-facing, some are out-facing with a few that are down-facing. Adding interest and variety within this group of Lilies are the variations in height from the pixies that can be just 8" to the tallest cultivars surpassing 5'.

Asiatic Lilies are very hardy in our zone and thrive in moist, slightly acidic soil and full sun. Their beds should have good drainage to prevent the plants from sitting in water (which can cause the bulbs to rot). Remove spent flowers as they wither, leaving stems to continue to produce food and nourish the bulb. Stems can be cut down to the ground in the fall after they have matured and leaves have turned yellow. After a winter's nap, the bulbs begin sending out little tufts of green as soon as the frost is out of the ground in preparation for another spectacular performance as “The Stars of Summer ”.

How to Plant and Grow 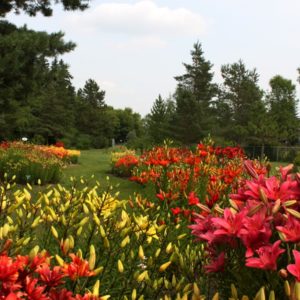 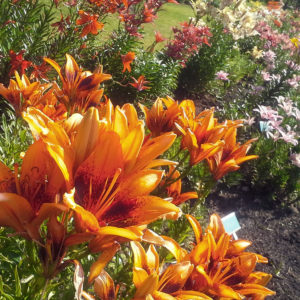 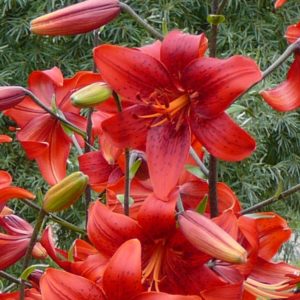 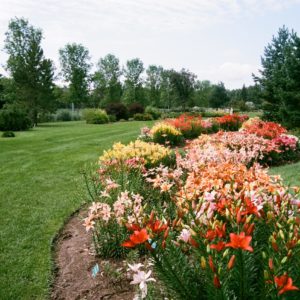 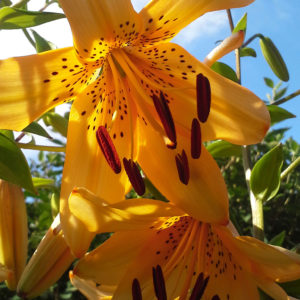 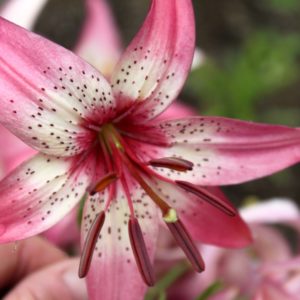 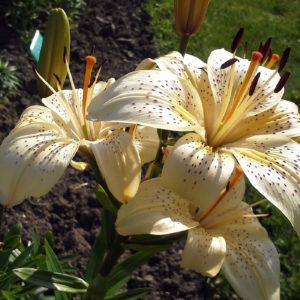 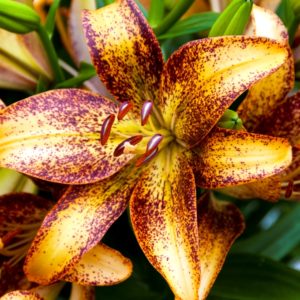